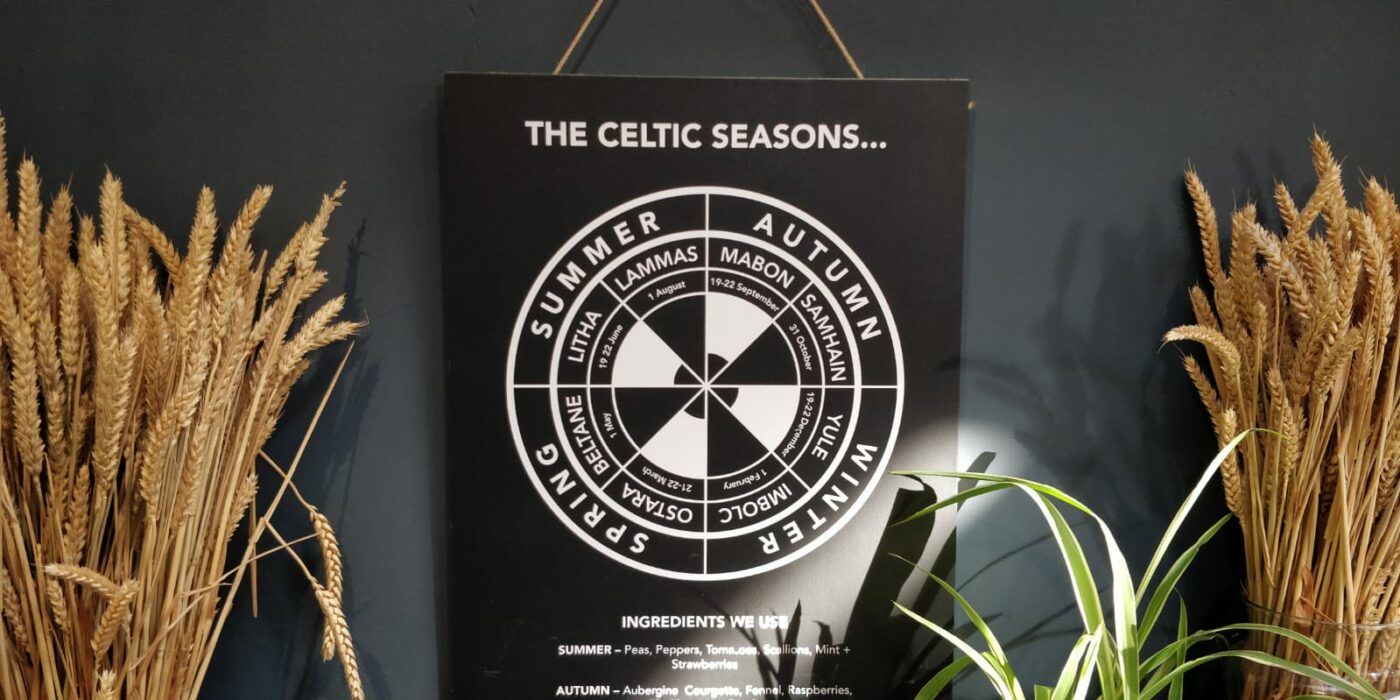 I’ve just had two full weeks off. This is the longest, actual ‘not working in any way’ period for many years and surprise, surprise it was also the first Christmas break without illness. The only concession was PhD reading. Instead it was fighting for top scores on the Wii, baking, walking and playing scrabble. All topped off with a gorgeous two days on the Antrim coast sans kids. Bliss.

Getting into a work headspace now, entering 2020 feels somewhat of a landmark and after such difficult times in our society and an unsure future ahead, not least for my small country and the hard won peace that my children have, that I didn’t at their age. It seems a bit too overwhelming to try to reduce the whole decade in a single post and lets face it, I would never actually get it further than draft. However, in November I wrote a very personal piece for the Movement Memoirs! project by Sherri Spelic, which is a good summary of the decade from one perspective. For the work perspective I have a different plan in mind which I will work through over the coming months. This therefore, is a simply a snapshot of 2019.

The last thing I did in 2018 was hand in my notice so I began the new year simultaneously excited about joining the Office for Digital Learning at Ulster University and terrified of leaving the familiar world of medical education at Queen’s University Belfast. Despite the new institution I took comfort in from already knowing a few of my new colleagues and in March my edtech self turned on its head. For so many years, I built my own systems, created content and worked with staff (clinical, academic, administrative), students and the public. Few of the big edtech solutions sit neatly with the complex five/six year medical curriculum so taking on a central role supporting staff with institutional level software was certainly a big change and I still have so much to learn.

It is certainly interesting to see the ‘other side of the fence’ and to understand what so many of my network have been talking about all these years; some days it feels light-years away, others different yet familiar. Leaving my comfort zone took a leap of faith, well more of a mental push over the edge, but not for one second did I doubt the decision. Meeting new people, taking on new projects, planning a different set of objectives for the year ahead whilst trying to utilise and integrate my existing knowledge and experience has made for an interesting and challenging time. A myriad of new opportunities.

My year of research bumped along in the background of moving jobs, with corresponding highs and lows. Throughout the year I have managed to find a way to Edinburgh a couple of times, giving me a gossamer thread of a connection to the campus, which is always beautiful and striking. I have been trying to chart my journey here on my blog but am at least three posts behind (my aim is to do a post for each meeting/deadline that I have) so I have a lot of writing to catch up on in the new year.

I am loving how much I have been learning about the whole process but there are definitely days when I wish I was simply a PhD student and not the other dozen selves on top. Many of the issues I have been navigating are struggling to narrow in and choose a single focus, which to be fair is a pretty luxurious struggle to have.

This was my second year being involved editing Wikipedia and I have loved every minute of it. Early in the new year the module I ran together with the medical subject librarian, had its second iteration with a dozen students, resulting in new articles and edits, whilst they learned new digital and academic literacies. I shared this work at OER19 in the format of an Irish Limerick which was such fun and definitely a first for me, not least as it was my first ever OER conference.

I took part in Wiki Loves Monuments again in September and despite leaving it to the last minute in the month, I managed to add a few new pics to the database and it afforded me the opportunity to look at my surroundings through a new lens. This year I’ve promised to keep the map at hand to allow me to take photos throughout the year, across the seasons, including the breadth of the country.

Through the module with students, I’d invited Rebecca O’Neil up to Belfast to facilitate getting started with editing workshops but felt a bit guilty that I was only dabbling in a very minor way, adding the odd citation or image. So at the end of the year after a session with Rebecca and Women Who Code Belfast, I knuckled down and begin creating pages. My focus so far has been on including women from/working in Northern Ireland, starting out with Ella Pirrie (nurse), Florence Elliott (nurse) and Elizabeth McCracken (author and suffragette). In draft stage for publication in the new year I have Muriel Frazer (doctor), Mary Kirkpatrick (nurse) and Margaret Anderson (nurse).

Overall, it is a drop in an ocean but each one will be another woman represented and the sleuthing is admittedly starting to get a bit addictive.

Being a part of the ALT community is a privilege and this year being a part of the conference planning committee gave me new insight into how much work goes into running such a large successful conference. As this was only the second conference I have been able to attend in person it was fitting that it was exactly ten years after the first. It was an amazing two days meeting familiar faces, participating in active sessions and generally managing such a huge event as an introvert. This iconic pic is about the only one you’ll find me in!

As a local members group, Craig Dooley and I spent the first half of the year running a CMALT cohort which was both great fun and three days out of the office learning with a really diverse group of people. Our annual event in May was a great success and an amazing feat of organisation from a small committee and some fabulous colleagues, doing it all on top of their day jobs. Now of course 2020 has to be even bigger and better!

Following my stint at curating the FemEdTech Twitter account late 2018, I continue to gain a lot from this community and am so excited to be supporting a project underway for the OER20 conference. It is a community created Quilt of Care and should you wish to get involved please check out Frances Bell’s posts, or find out what it is all about. Contributions will be going to Frances from across the globe over the coming weeks, from people who will be going to the conference and also from those who will be watching from afar.

I have spent the holidays planning my squares and collecting my materials together. I have the basic ideas and am planning to use old baby clothes from my girls but haven’t quite finalised the details yet. The stories around this are going to be emotional and a highlight of the coming year. I can’t wait to see it hanging in London in April.

I was excited to kick off the new year winning a small grant award from the Irish Network of Medical Educators, with colleagues in medicine. Unfortunately, with the job move this is a bit behind and I am looking forward to finishing and sharing this work in 2020.

Even though I had only started in my role, I submitted an application for the HEA Aurora Leadership programme for a funded institutional place as it was my first opportunity to have access to it. I was over the moon to be successful and last month was the first day in Dublin. I haven’t quite set my goals just yet but I am looking forward to what the year brings, with a whole new network of inspirational women.

Galway, seemed to feature a lot in my 2019. I invited Kate Molloy, from NUIG up to speak at the first CMALT workshop in January, I attended OER in Galway in April, Dr Iain MacLaren from NUIG was our keynote at the ALT NI event in May, then a week’s family holiday there in August (we literally had four seasons in one day!) and I was back a week after that for the Irish Blackboard User Group to talk about our work with analytics. I also was there virtually in February as a colleague gave a presentation at a medical education conference on my behalf as I was unable to be there in person. It is a stunningly beautiful county.

Networks continue to be my daily source of knowledge and support and make being an edtech professional the best it can be. The openness, advice, dos/don’ts and most importantly the humour in the face of difficulties. All in all I continue to believe we have one of the best jobs, despite all our moans and groans and not least with dystopia looming. Over the year I met so many people that I knew only from online contact and feel very humbled to be living the life of what feels like a ‘grown-up penpal’. I sincerely hope that this year will deliver up many more such opportunities.

All of these adventures are represented on my new laptop and I’m looking forward to filling in the remaining spaces in the year to come. It is time for sleep so I’m out of time for other highlights such as changing my Twitter handle, being on a Virtually Connecting session, attending CanvasCon in Barcelona, presenting at the PressEd Twitter conference and many others. Wishing everyone all the very best for 2020 (ignoring the scary stuff just for now).